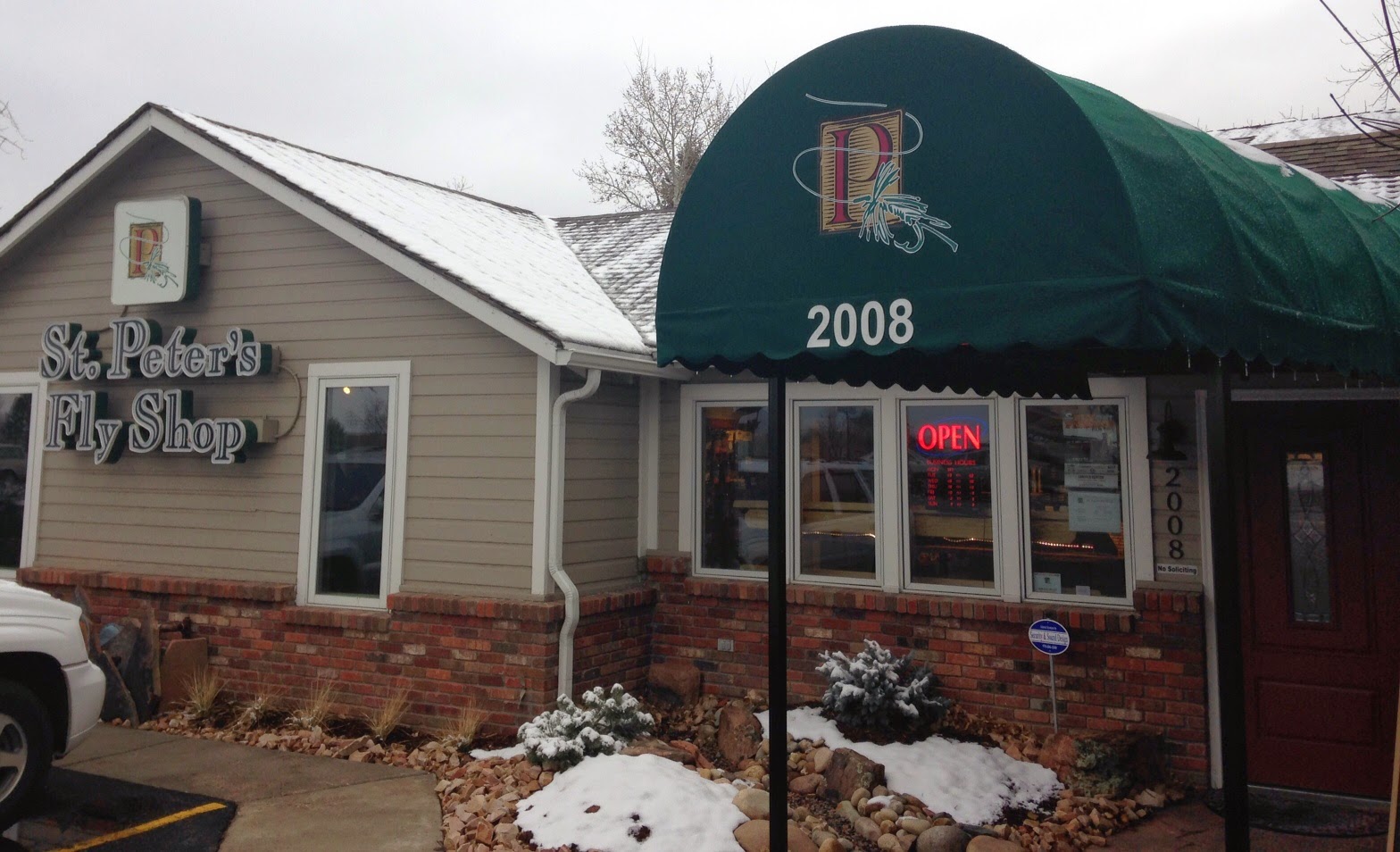 Saturday morning, the dawn light struggled to work its way through the dark gray sky.  Light snow fell from the heavens, and the tulips of early spring had to wait another day to grow.

Thus, the day was perfect for an evening spent watching movies about fly fishing in warmer locations.   I've attended the show every year that it has been in Fort Collins, and it is great seeing the F3T tour continue to grow in Fort Collins. 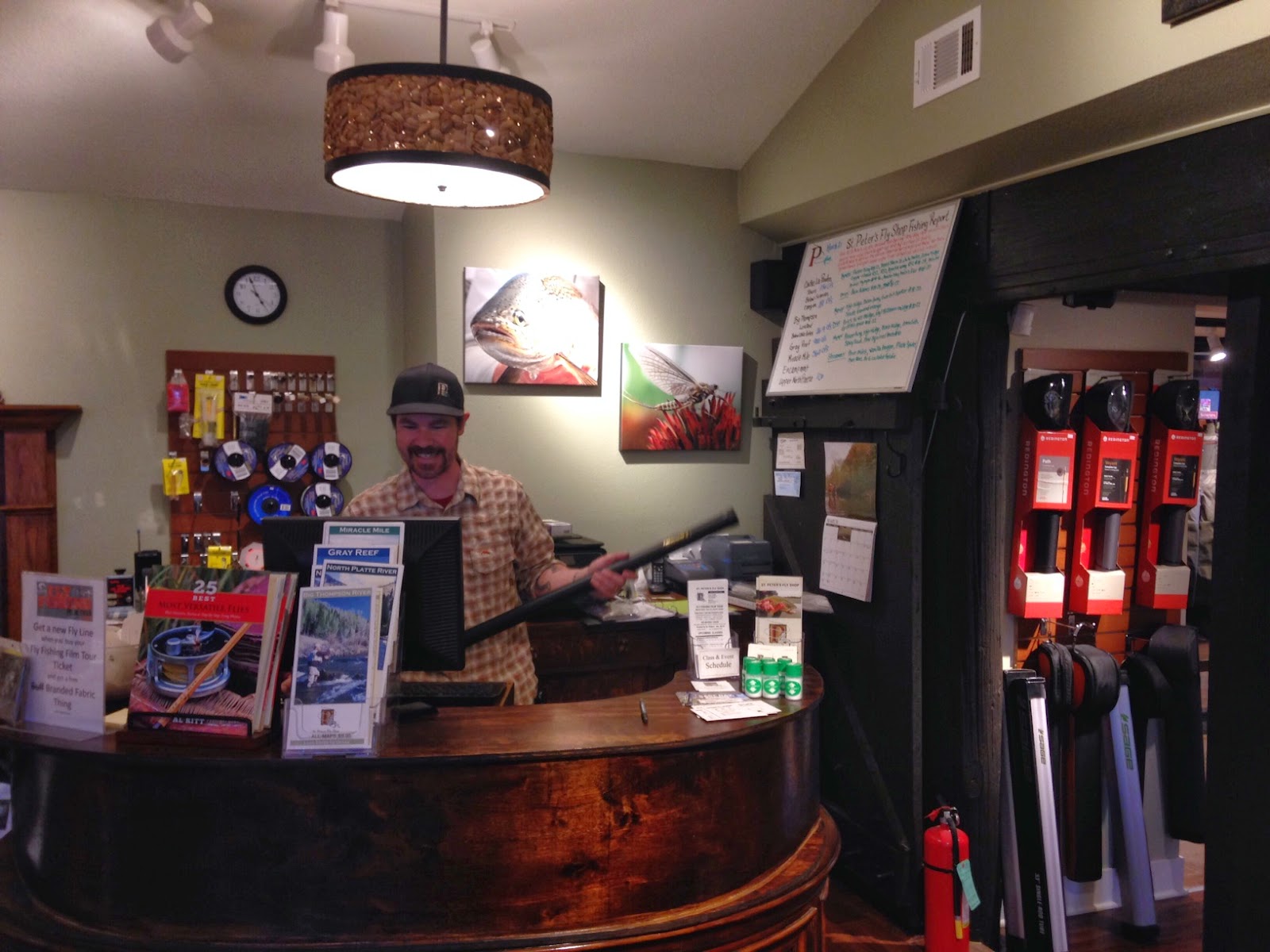 This year, a dozen of us planned met for dinner before heading to the Lincoln Center.   It gave us a chance to talk about our past trips, and plan future excursions. 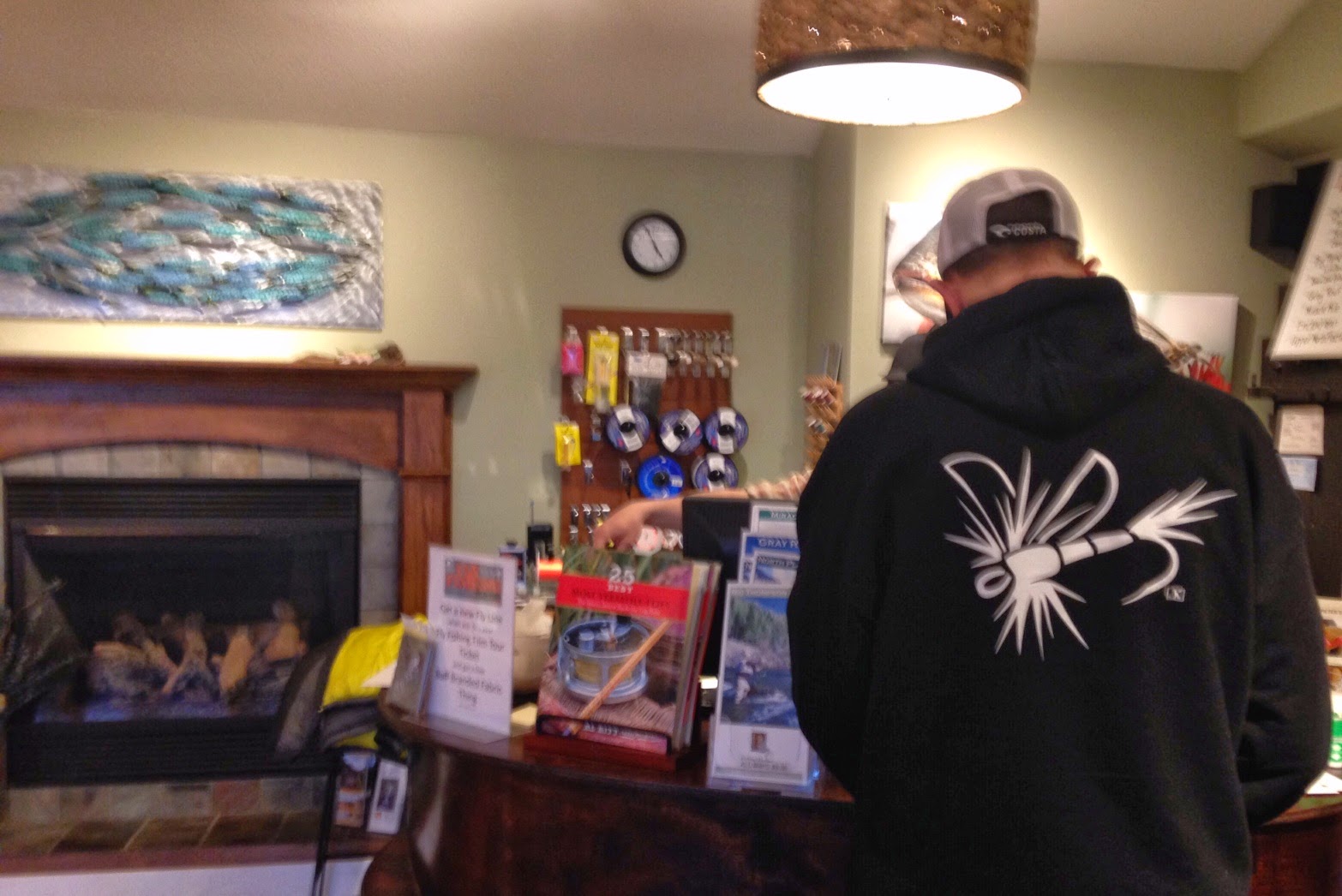 My friend Dave and I stopped by St. Peter's Fly Shop to pick up a few items before we headed to the movies.  Aaron was tending shop at the time, and it was great talking with him.   Aaron is usually at the south St. Pete's location, and is a great guy, as well as a wealth of information about the local fishing.  Fort Collins is lucky to have two St. Peter's locations, both are in beautifully restored buildings, and staffed with some of the nicest folks in the fly fishing industry. 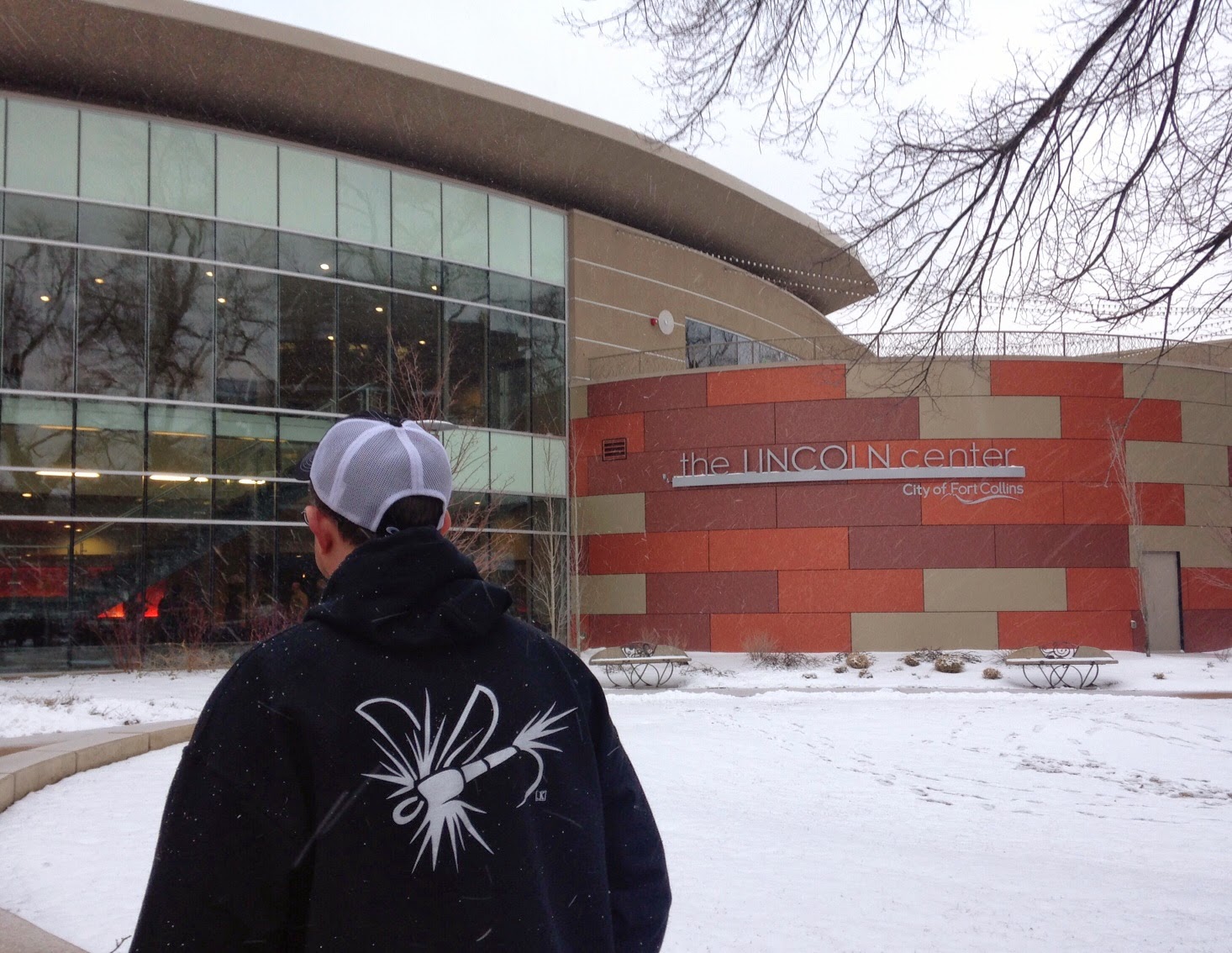 F3T was held in the main auditorium in the Lincoln Center in downtown Fort Collins.   The building was recently renovated, and is a great place to hold this event.  Several hundred people were in attendance, and it was nice to see familiar faces from the industry and the local fly fishing community. 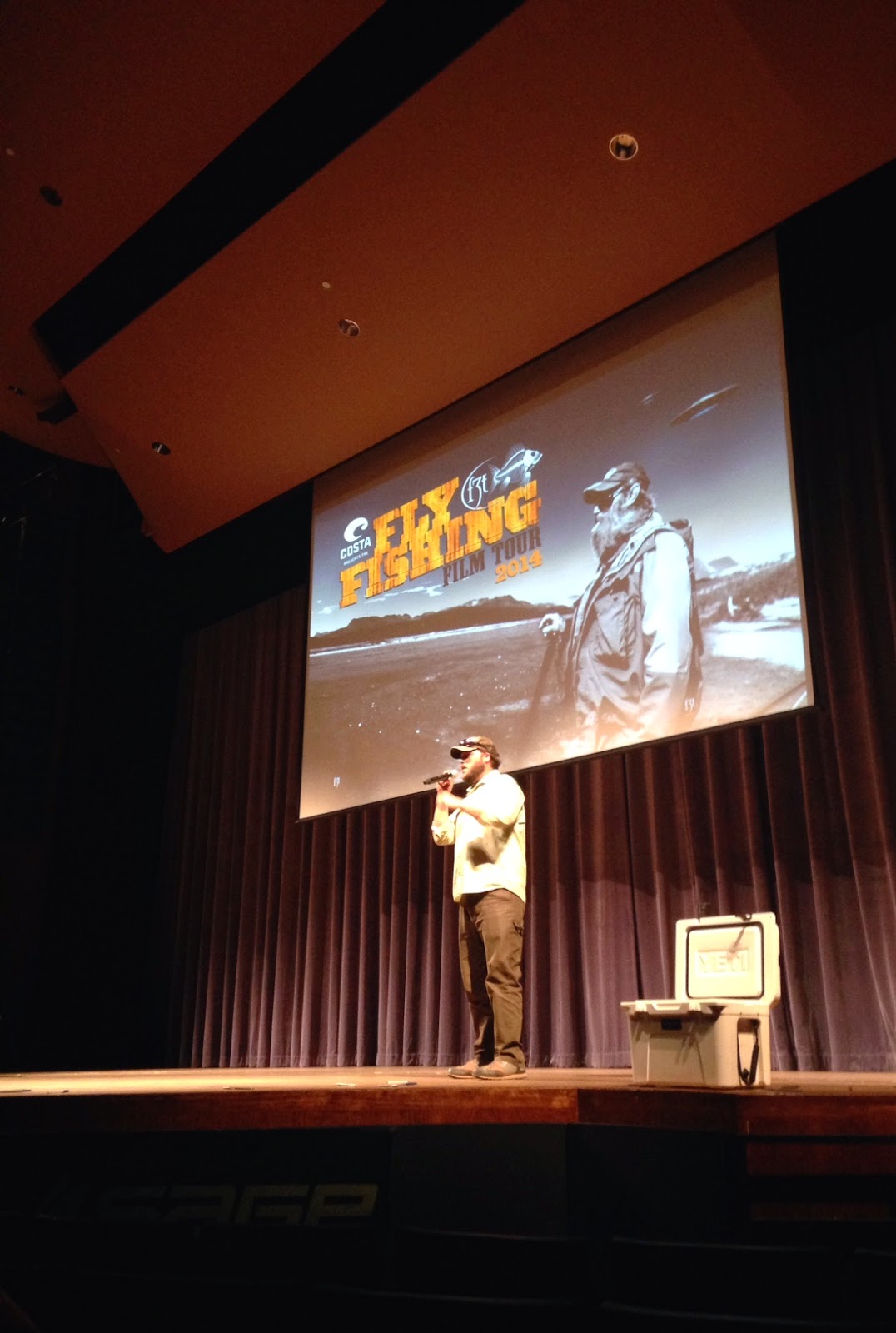 The show was well presented, and as always, had a nice variety of movies.  F3T gave away some nice gear, including two Sage fly rods.

One of my favorite films was about fishing Labrador, Canada.   John Gierach and others flew into areas that had most likely not seen humans before, and caught huge brook trout.   I've always enjoyed Geirach's books, and it was nice watching him on the big screen. The group I was with included Al from http://noconympher.blogspot.com/   (check out his post about the show), and this show was one of the best times that I have had at F3t.  Now, it is time to hit the water, and catch some trout! 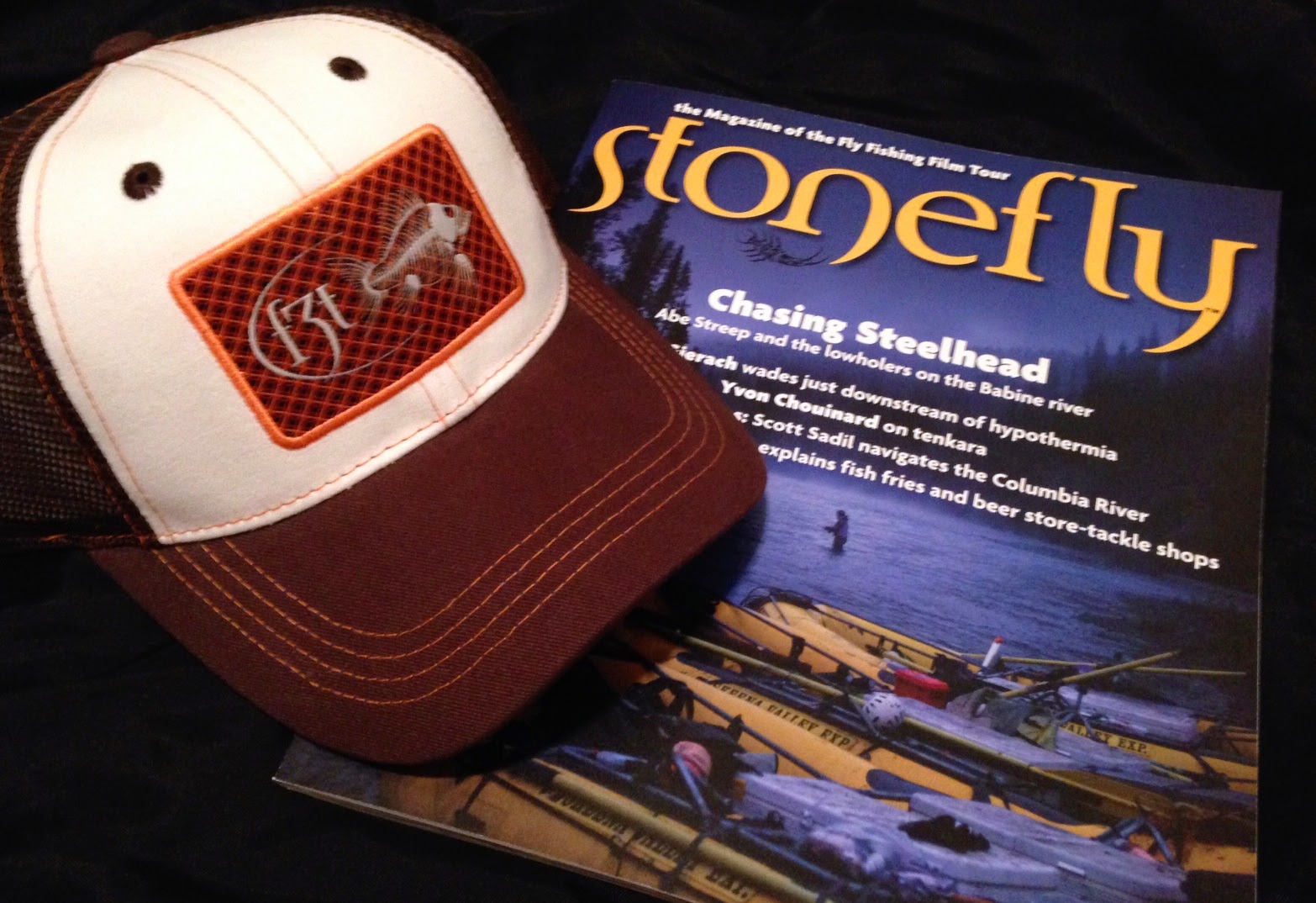