Life on the shady side of the stream 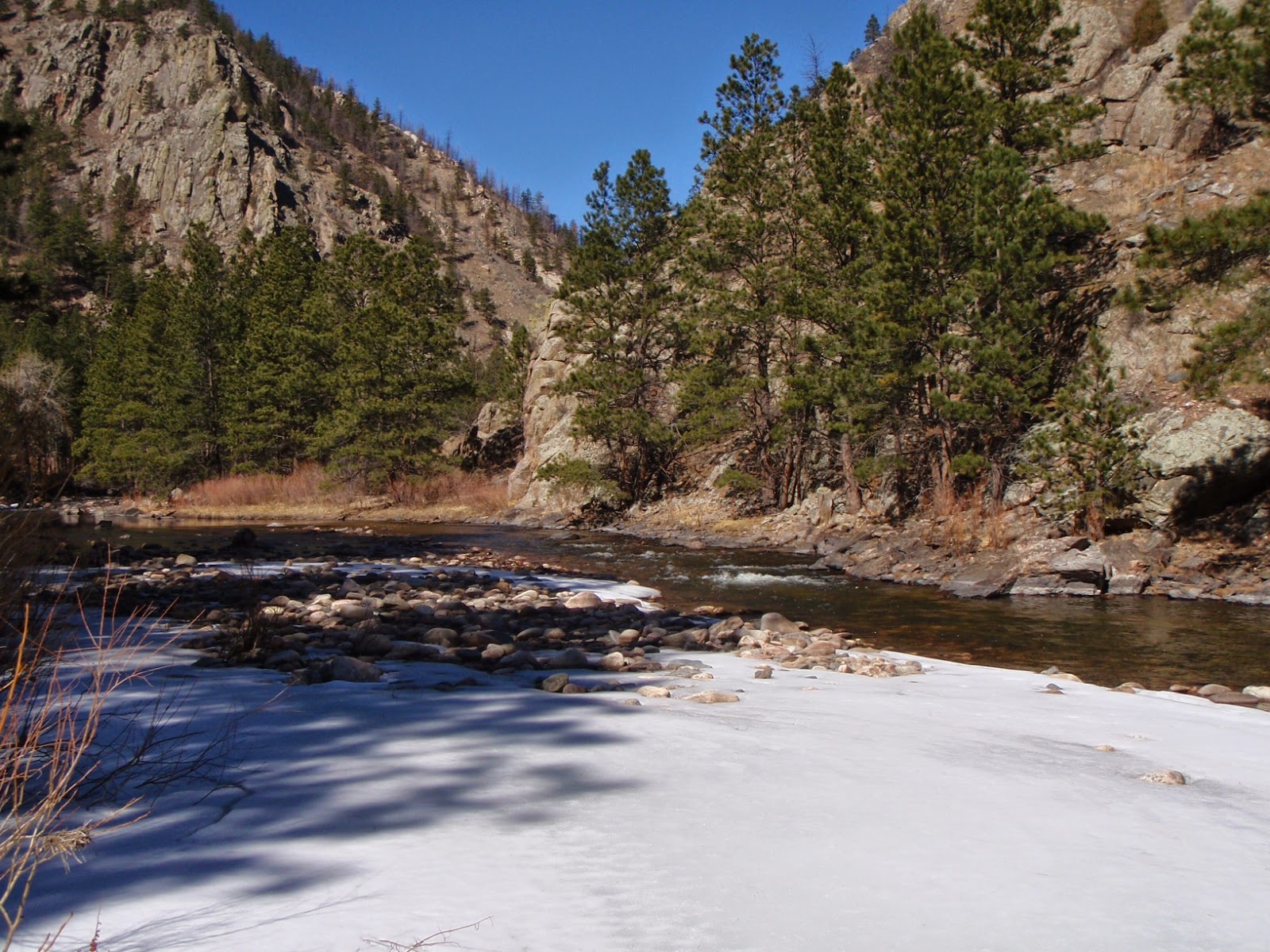 My friend Dave and I planned to fish a local river with Al (noconympher.com) and JT on Friday.    Alas, we had a few scheduling conflicts come up, and had to hit the river on the next day.    Al had given me an intel report that was very helpful, and I took the extra time to check my gear since this was my first first trip to the water since the calendar year changed. 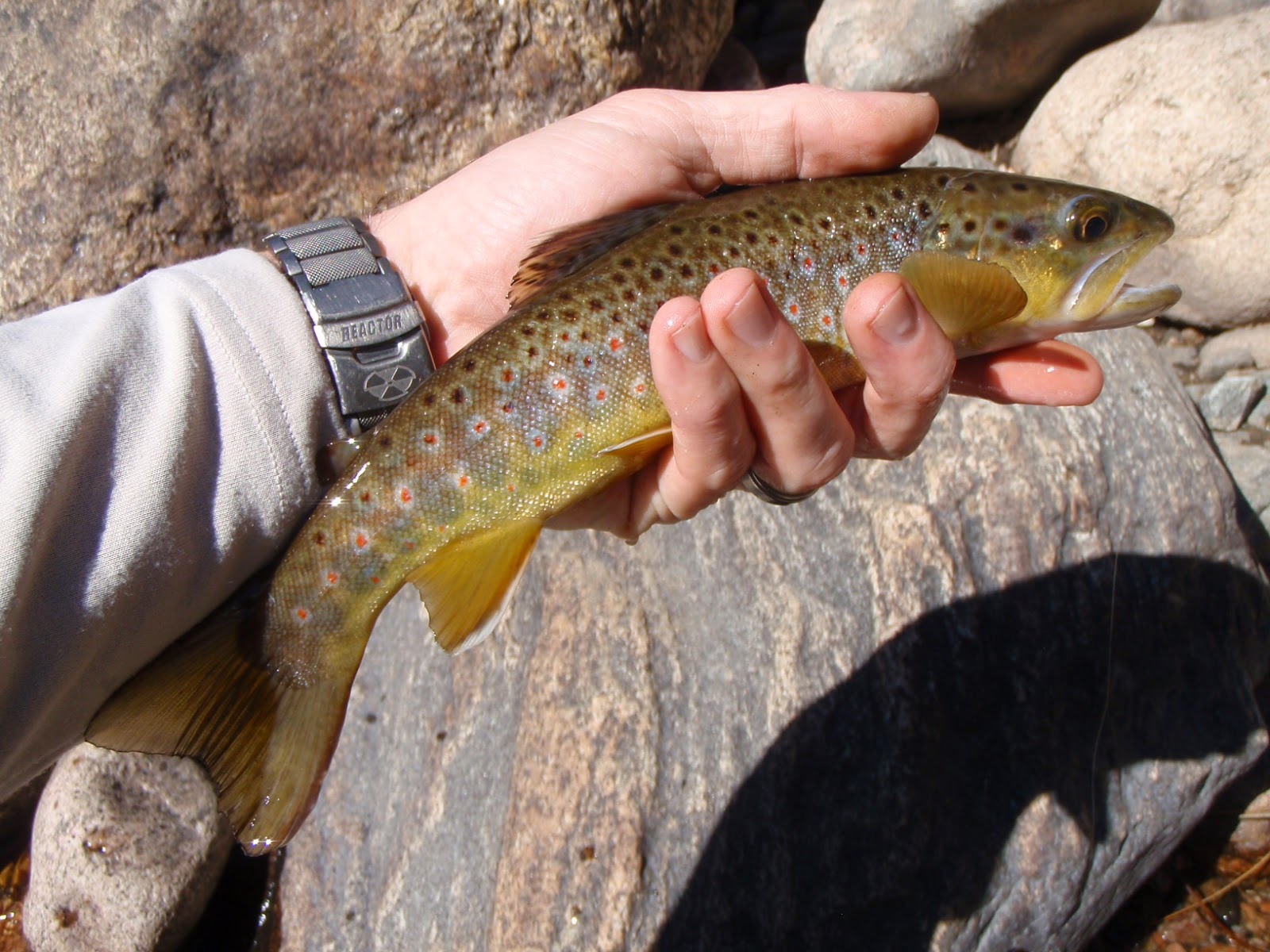 We traveled up the canyon until we reached a favorite location.   As I put my gear on, I felt the same excitement that I used to feel when hitting the river in Michigan on the first day of trout season.   The weather was fantastic for mid-March, a bright sunny day in the 70's, with little to no wind.


There was still snow and ice on stretches of the river, but the water was mostly open.    The water was at a decent flow level, and the clarity was striking.    It reminded me of fishing saltwater flats...you had to wade very carefully to avoid startling the fish. 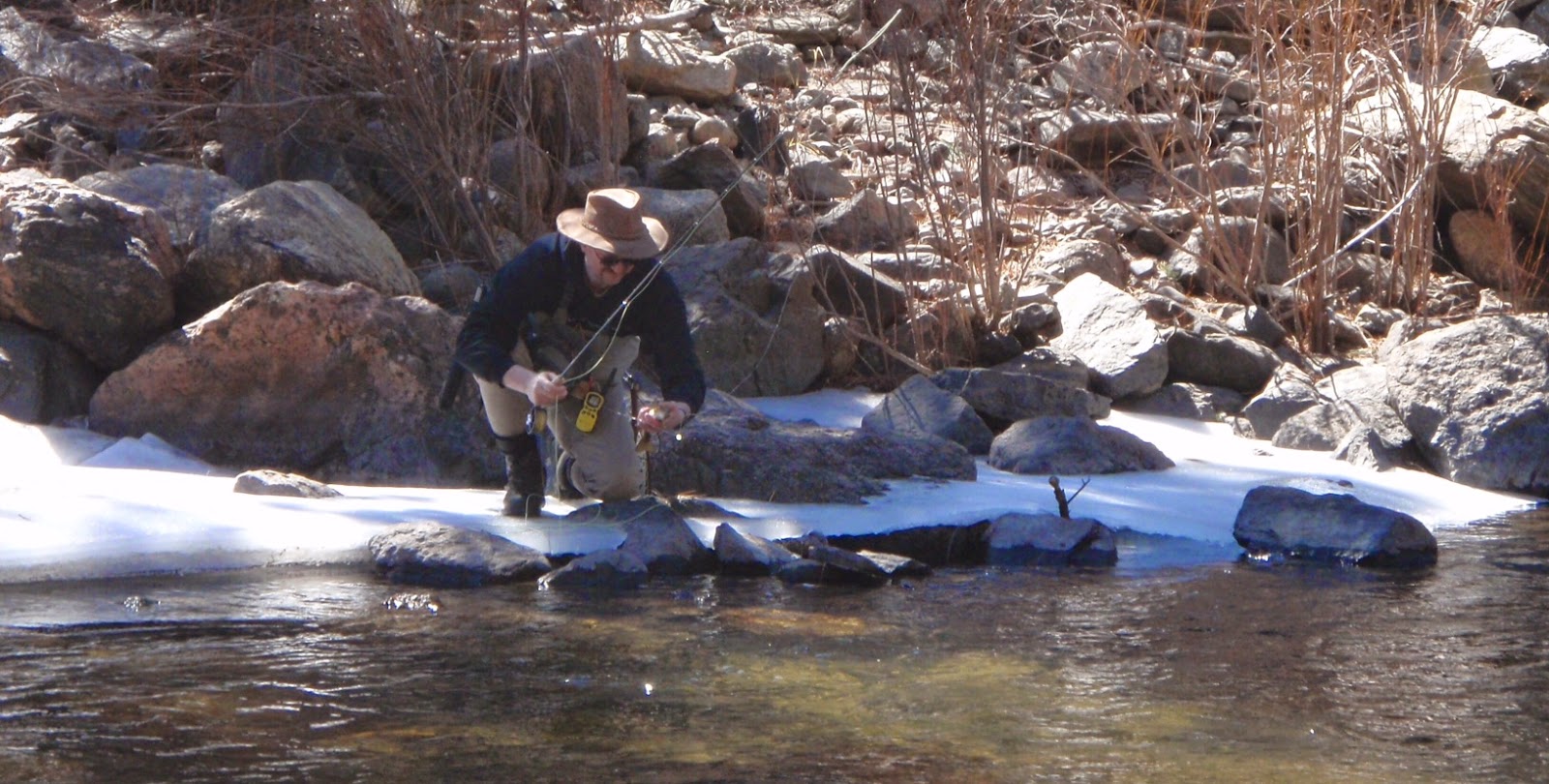 I sprinted up the river to a favorite spot, and Dave worked the river a way behind me.   We both landed trout fairly quickly fishing pockets of flowing water.    I caught the first trout of 2015 on an ABU, and Dave was having good luck with a pattern I tied up, which is a bead head hare's ear of sorts.

Dave and I started to fish together on a stretch that had some deep pools and pocket water.   I was fishing on the side of the river that had the sunlight, and Dave's side had plenty of shade caused by the position of the sun.   I caught another one on a fake ABU, but Dave started to hammer the fish, catching close to a dozen.    We were fishing the same flies, same general technique, with the difference maker whether we fished in the sunny or shady side of the river.

With the water so clear, cold, and relatively low, the trout were hanging in the safety of the shade.    It really is the little things that matter some days!

It was a great day to be out on the stream, and hopefully will be a sign of good fishing days to come. 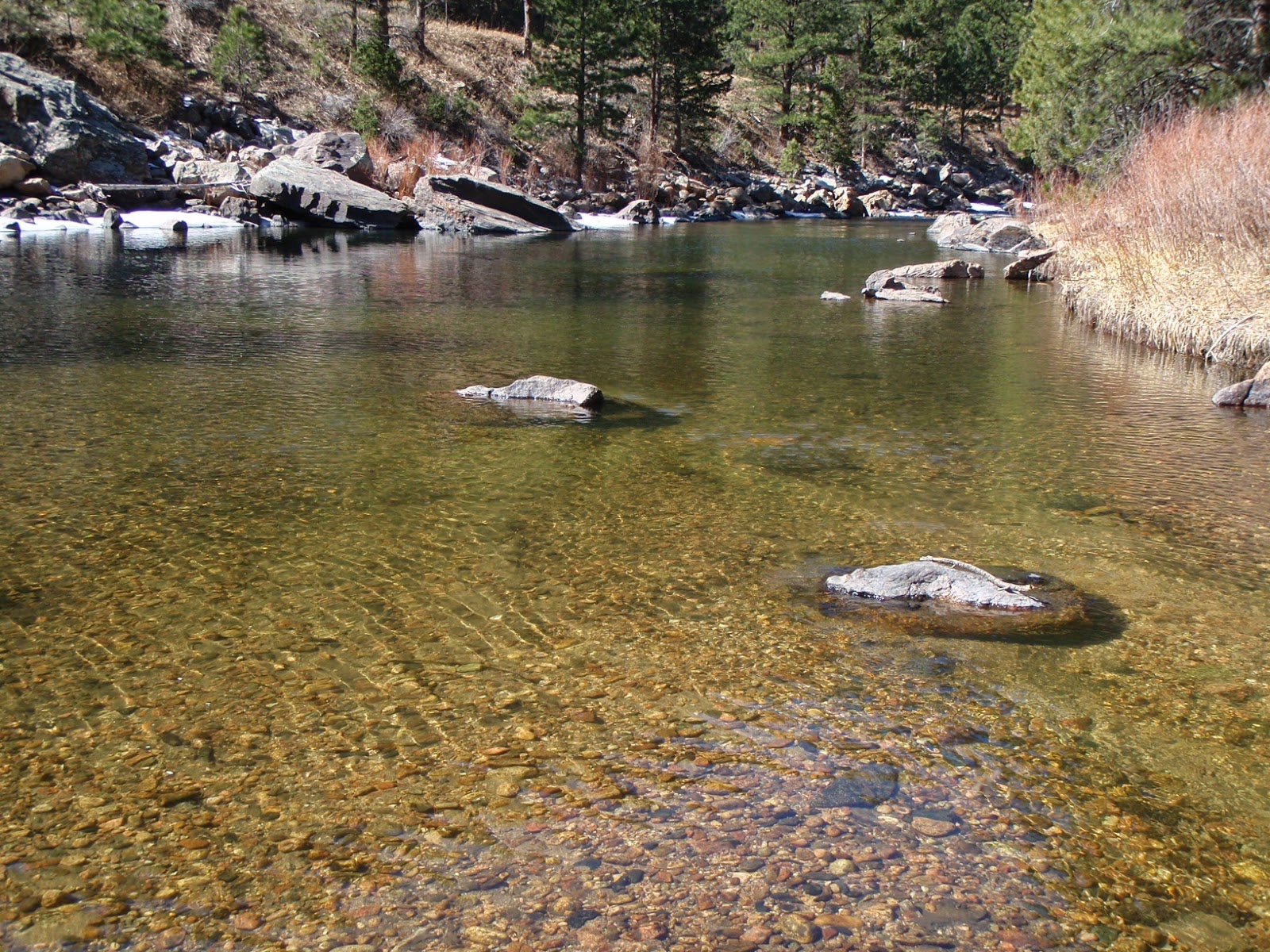