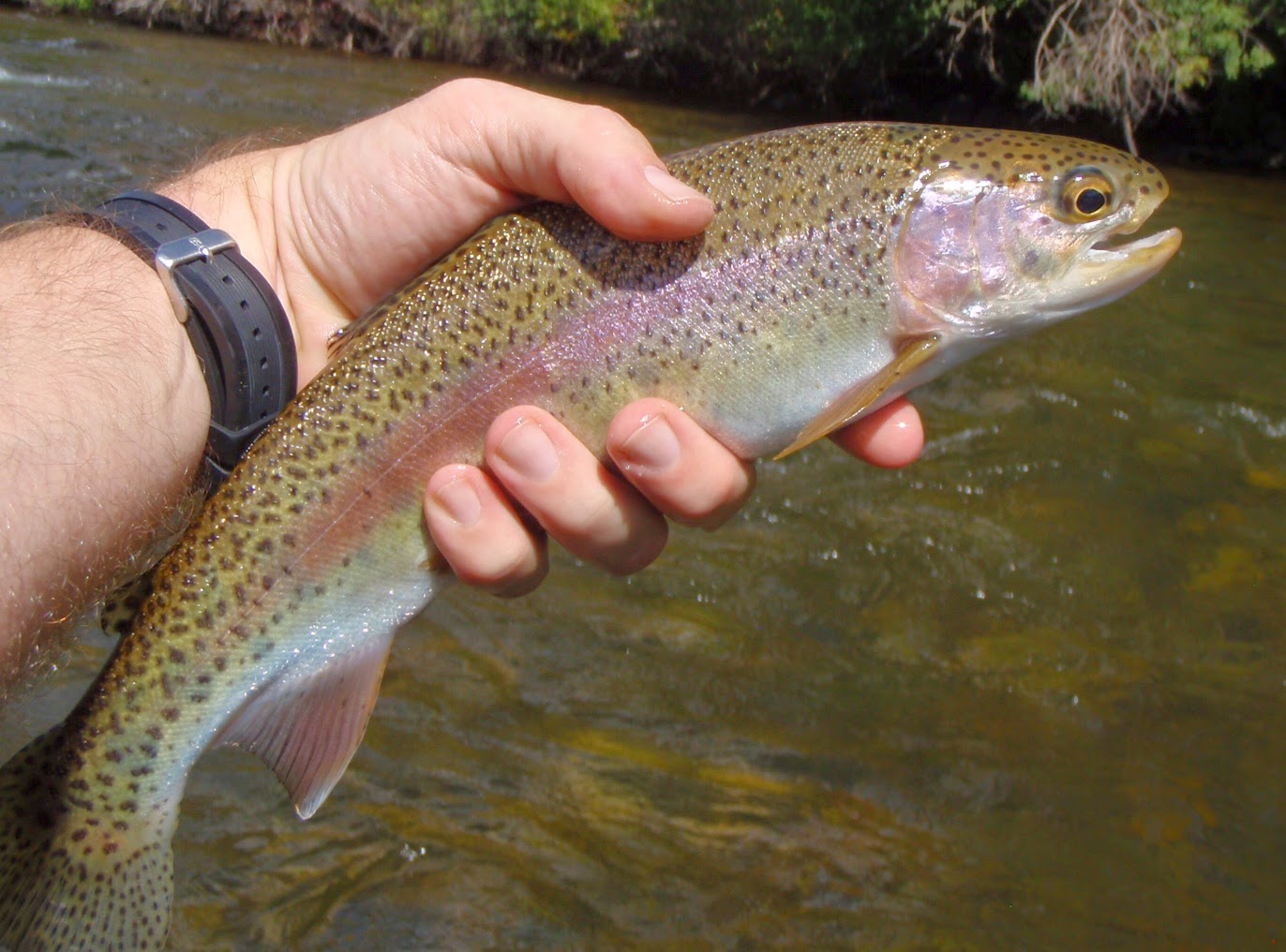 The annual Gunnison area trip was moved to September this year in an attempt to time our arrival with the famed kokanee salmon run.  Several years ago we hit the run in full stride, and enjoyed catching powerful kokanee in the Gunnison River.   Since that first year, we haven't really hooked into the Salmon, but always have a great time chasing the big trout in the area. 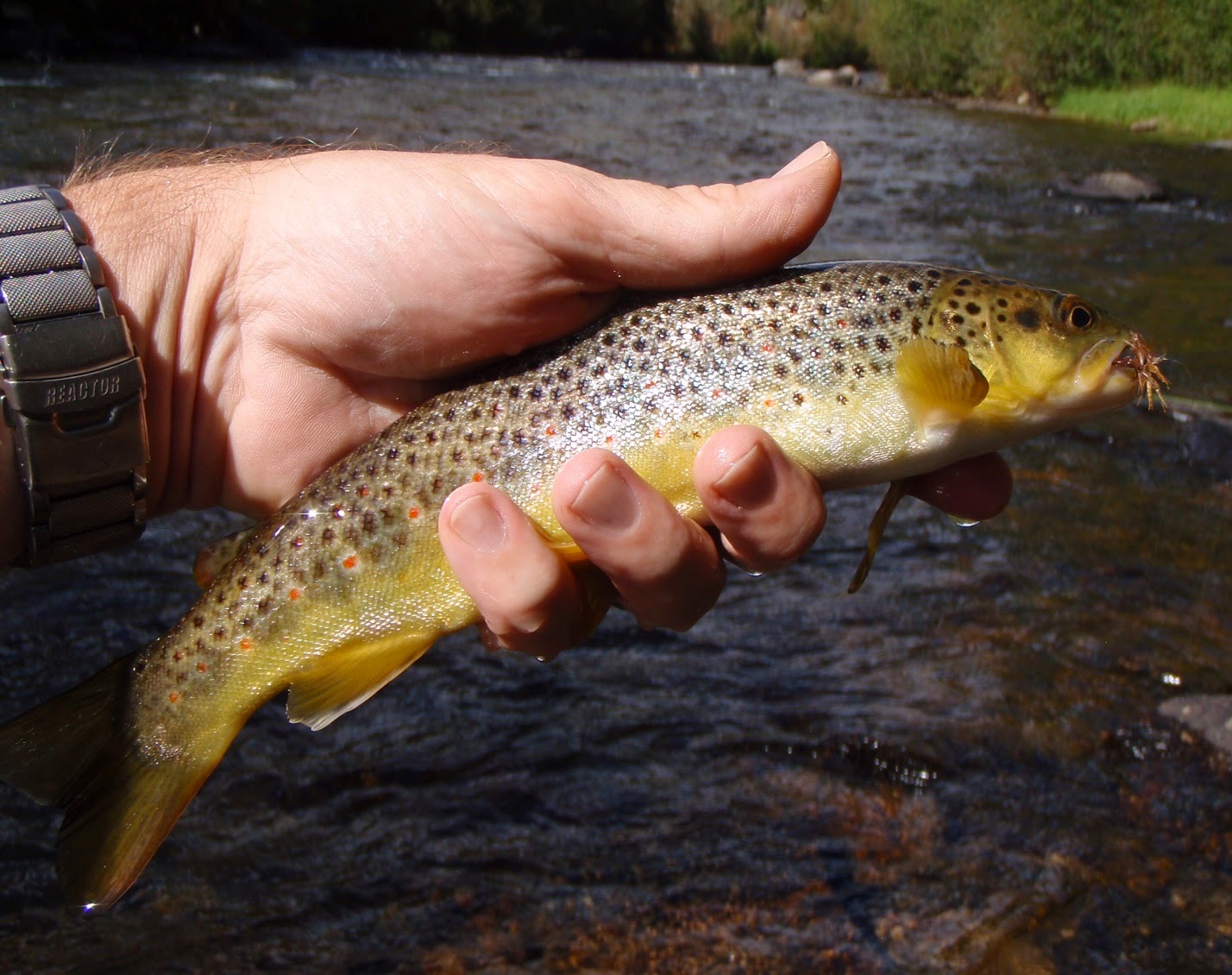 Seven of us loaded into the fishing vehicles and left at the crack of dawn on the first day of the trip.    Roughly five hours later, we rolled into the Gunnison area.   We headed to our traditional first spot, and eagerly strung up our six weights, ready to hook into the "salmons".   We had heard reports that they were in the river, and after having our licenses checked by an alert DOW officer, headed into the water to start working our favorite riffles and runs. 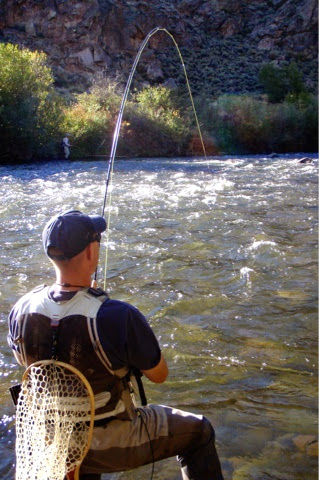 The weather was outstanding, sunny with no wind.    I started with a nymph rig and caught a nice trout shortly after I started fishing a riffle behind a rock.    I fished with the nymphs for a bit, but I noticed that a nice caddis hatch was starting, and the trout were rising.   Abandoning any chance at a Salmon for the time being, I hastily switched to a Parachute Adams, and caught quite a few nice trout on the surface, which was a lot of fun for a dry fly guy.

The rest of the crew caught trout on a variety of nymphs and dry flies.    There were no shouts of "Salmon!" on the radio this day, but we had a great time fly fishing together until the sun started to set.   We gathered back at the vehicles and headed to the cabin to discuss where we would go to search for Salmon on day 2...

A couple of hours on the stream 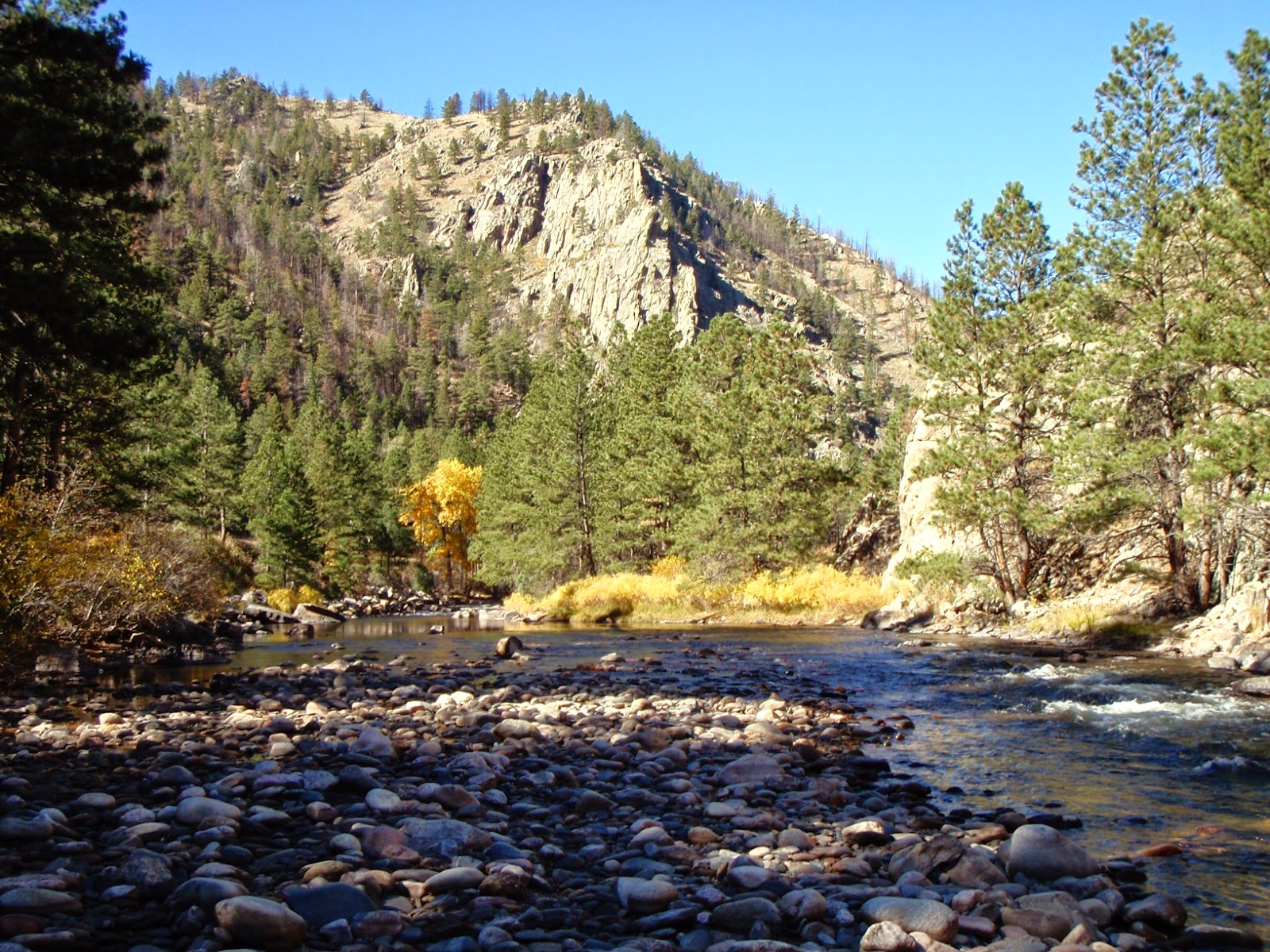 Living just a few minutes from my favorite trout stream is something I don't take for granted.   A few days ago, I finished a few projects that I had, and found myself with a couple of hours to spare.   I threw my gear in the back of the car and drove up to a favorite spot.   The fall air was crisp, the leaves blazing orange, and the trout were looking up! 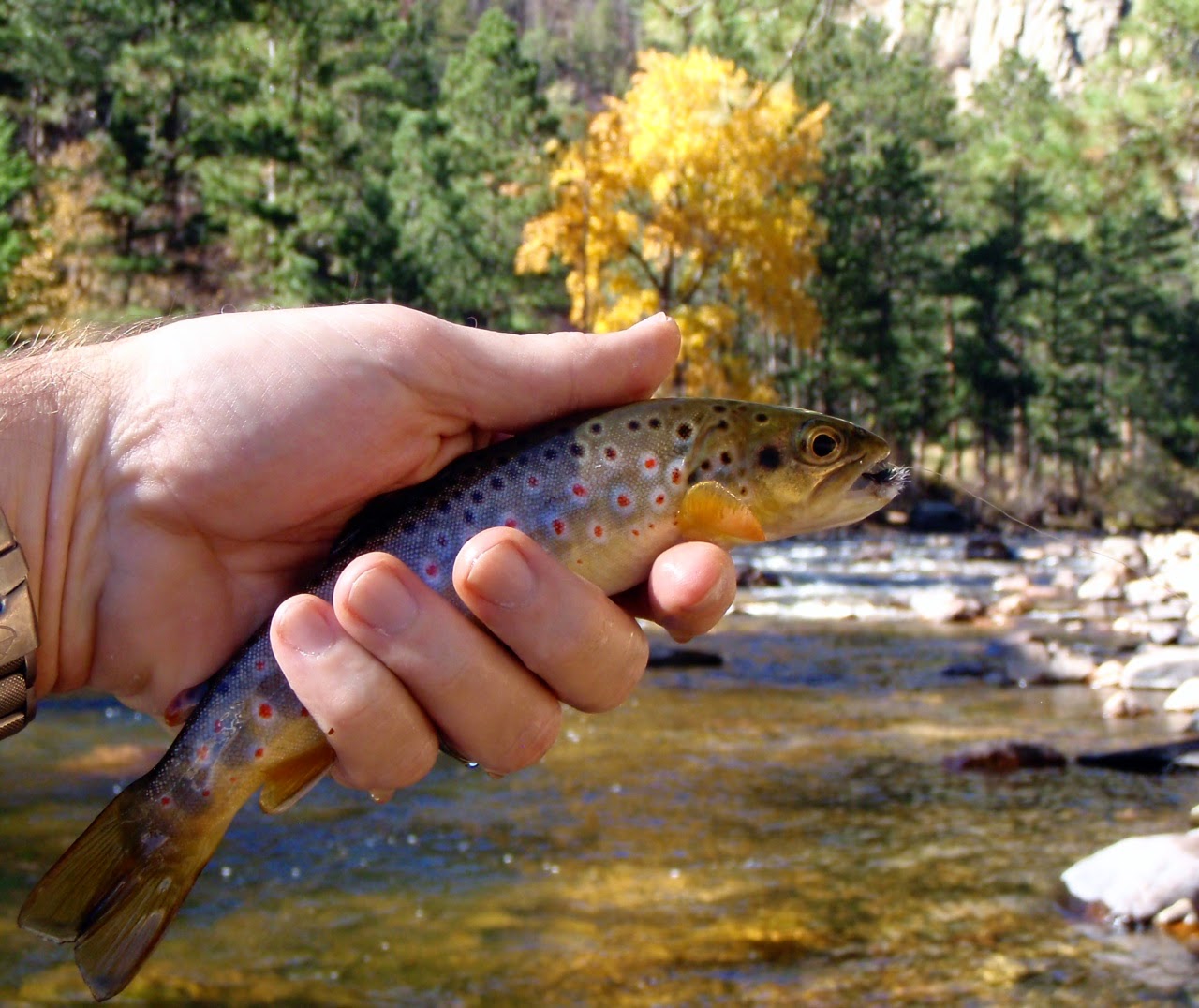